Chetan Bhagat is known as an Indian author or columnist in newspapers. Chetan Bhagat books or novels are well recognized in Bollywood and many movies are adapted from the books of Chetan Bhagat.

Chetan Bhagat is an Indian novelist, columnist, screenwriter, and television personality. He writes a weekly column called ‘The Friday Column’ in the Times of India newspaper.

He has written two non-fiction books on youth – What Young India Wants and Making India Awesome – both published in 2015.

Before talking about the books of Chetan bhagat you should know about the life of Chetan Bhagat and his Journey from an IIT grad to an author. Because we can understand his books in a better way after understanding the author of the books.

Chetan Bhagat is known for his books like 2 States, Half Girlfriend, Five Point Someone, One Night @ the Call Centre, etc. He is a motivational speaker, screenwriter, and columnist.

He belongs to a middle-class Punjabi Hindu Family and he grew up in Delhi. His father was Lieutenant Colonel in the army and his mother was working as a scientist at Indian Agricultural Research Institute, New Delhi.

He did his schooling at Army Public School, Dhaula Kuan. Bhagat is an average student in school.

Chetan had completed his graduation with B.Tech in Mechanical Engineering from the Indian Institute of Technology, Delhi. After that, he went for MBA in marketing from IIM, Ahmedabad that is completed in 1997.

He was placed at Peregrine Investments Holdings in Hong Kong through campus placements. He shifted his job many times and during that he wrote many of his books. Till 2009 he did the job after that he quit his job and adopt writing as full-time work.

Anusha Bhagat is the wife of Chetan Bhagat and has two sons named Shyam Bhagat and Ishaan Bhagat. She was from a well-reputed family in Chennai.

She completed his education at IIM, Ahmedabad, and during that he fell in love with Chetan Bhagat and married him in 1999.

It is the third installment in the mystery-thriller genre after The Girl in the Room 105 and One Arranged Murder by Chetan Bhagat. This time Keshav and Saurabh duo have to find a missing girl.

It is the story of the mother Alia, who is set to find her son while struggling with failing marriage. Keshav Purohit, who is a neighbor of Alia and runs a detective agency, helps her to find his son.

It is the second installment of the book The Girl in Room 105. It is a mystery thriller novel.

In this story, there is a Saurabh Maheshwari who is engaged with Prerna Malhotra. But Prerna is murdered by someone on the night of Karva Chauth. She is pushed from the terrace.

Inspector Vijay Singh and ACP Rana are investing in the case while Saurabh and Keshav are also investigating as a detective agency.

This book is all about Indian society, culture, politics, and young India. It is like the mirror of India.

Bhagat talked in this book that nothing is changed in India in the last decade and discusses ways that how can public take part in India’s development.

It is the eighth novel of Chetan Bhagat and it is the story of a girl named Zara Laun.

Keshav who is an IIT JEE trainer goes to wish his ex-girlfriend happy birthday after she texts him at midnight. But he found her dead, he immediately called the police.

Police investigate the case and closed the case after no clue but Keshav does not stop and started the investigation on his own. In the end, he found the murderer and started a detective agency name ‘Z detectives’ with his friend Saurabh.

Buy Book from Amazon: The Girl in Room 105

It is the book that is broken its pre-order sales record on Amazon.

It is the story of the girl Radhika Mehta who is a banker working at Goldman Sachs. She is going to marry Brijesh Gulati and just arrived at her wedding destination in Goa.

The story just moves around Radhika. It is the literature that appeals to young women and is the book on feminism.

Make India Awesome is a book that has been written by a group of authors who have diverse backgrounds, interests, and skillsets. The goal of the book is to make India awesome in different ways, not just economically but socially as well.

Half Girlfriend is a novel written by Indian author Chetan Bhagat. The story is about two young people who are in love but cannot be together because of their social class differences.

The book starts off with the protagonist, Madhav Jha, meeting the love of his life, Riya Somani. They spend a lot of time together and eventually fall in love.

However, they cannot be together because Madhav is from a lower caste than Riya and she is from a higher caste than him. This book explores the idea that we can’t always have what we want – no matter how hard we try to get it.

Buy Book from Amazon: Half Girlfriend

This book is a collection of essays on the aspirations and anxieties of young India.

The essays are authored by young Indians who are looking to make a difference in their lives and in the lives of others.

The book “Revolution 2020” is a non-fiction book written by Chetan Bhagat. The book is about the Indian youth and their views on the present and future of India. It also talks about how they want to see an India that is more prosperous, more educated, and technologically advanced.

The author of this book, Chetan Bhagat, has been writing since 2003. He has written over six novels in Hindi as well as over 12 novels in English. He has also authored two non-fiction books on education in India.

It is the story of a couple who are from two different states of India and convinces their parents of their marriage. It is an autobiographical story with the names changed.

They belong to the states Punjab and Tamilnadu. This book is adapted into a Bollywood movie of the same name. Chetan Bhagat wrote this novel after quitting his job.

The 3 Mistakes of my LIfe

It is the story of the three friends who lived in Ahemdabad and the Bollywood movie Kai Po Che! is adapted from this book.

It is a friendship novel that is narrated by Govind. Ishaan, Omi, Ali, and Geeta are the main character of the novel. Ishaan plays cricket and eventually, Govind gets the idea to open a sports store that mainly focuses on cricket products.

Buy Book from Amazon: The 3 Mistakes of My Life

One Night @ the Call Center

It is the story of the six friends who are working at the call center in Gurgaon and are fed up with their lives.

According to the novel they got a phone call from God who motivate all of them and they started facing their problems. Everything gets saught out slowly in their lives.

Buy Book from Amazon: One Night @ The Call Center

This is the story of the three friends Ryan, Alok, and Hari who are pursuing engineering from India’s top institute.

Ryan was wise and brilliant, Hari imitates Ryan, and Alok belongs to a poor family. The 3 idiots movie is based on the book but the moviemakers didn’t give enough credit to the author.

According to Caknowledge.com the networth of Chetan Bhagat in 2022 is 208 crore. Many other bloggers also tell that his worth is 50 million dollars. 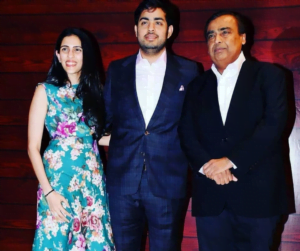 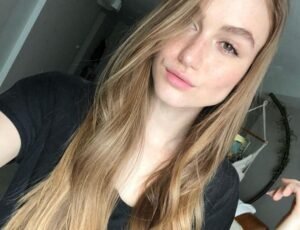