Dakuaan Da Munda 2 movie is based on the story of Manga Singh Antal and it is adapted from the book named Sharati Tatt. It is the sequel to the movie Dakuan Da Munda which is released in 2018. The film was released on 27 May 2022 across the world.

Character Manga is a Volleyball and Kabaddi player who indulges in drugs and becomes a drug addict which introduced him to crimes.

Mandeep Benipal started her career with the movie ‘Ekam – The Son of Soil’, and later he did many movies as a director like Sadda Haq, Yodha The Warrior, and Dakuaan Da Munda.

Dev Kharoud is the lead actor in the movie. He becomes famous after the movie ‘Rupinder Gandhi’. Dev is an action hero and his movies provide a message to people. Although comedy is a primary concept in Pollywood movies it has another side also which is serious and meaningful. His next movie is Shareek 2 which will release on 8 July 2022.

Japji Khaira lead actress in the movie is well known Indian Australian actress. She is the first NRI Punjabi to win the title of ‘Miss World Punjaban 2006’. Along with that, she won many titles including Miss Punjaban Australia (2006), Miss Charity Queen (2005), Miss Sharara Queen (2003), etc. She appeared in movies like Mitti Wajaan Mardi, Jora: The Second Chapter, Ardass, etc.

As mentioned above the music of the movie ‘Dakuaan Da Munda 2’ is composed by Nick Dhammu and Haakam while Veet Baljit and Gill Raunta wrote the lyrics for the songs. There are 5 songs in the movie.

Shararti Tatt book is the autobiography of Manga Singh Antal and the whole story of the movie is based on this book. If you are interested in book reading then you can buy this book on Amazon.

This movie is spread a good message to all of Punjab. Many people in Punjab lose their lives due to drugs and it makes a very deep place inside the roots of Punjab. Many young people died and many families became homeless due to the drugs. 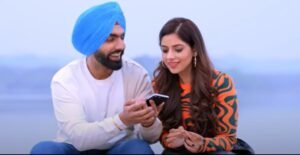 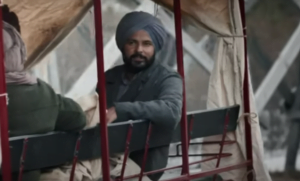