Firstly, Brahmastra is a fictional movie that will be made in 3 parts and it may be the change of Indian cinema towards fiction.

Brahastra the Shiva trilogy may be the inspiration from Amish Tripathi’s book ‘The immortals of Melua’. In the teaser of the movie Ranbir Kapoor turns into Shivoham.

Brahmastra is the first part of this trilogy and is under the banner of Dharma Productions.

Secondly, From the director Ayan Mukherjee, the son of the Bengali actor Deb Mukherjee, this movie is a dream project which started in 2011. He is actively working on this movie after Yeh Jawani Hai Diwani was released in 2013.

When Ayan changed the Release date of the movie he gave the statement which is given below:

In the past week, I have learned that all teams working hard on the movie. I need more time to get the VFX, music, sound, and film right.

The film was earlier competition with Salman’s movie Dabang 3, which is not good for the movie. So that’s why the director postponed the movie.

Thirdly, the Brahmastra movie was made with a budget of approximately 300 crores. For instance, when Alia Bhatt shared an Instagram post with Ranbir Kapoor captioning it ‘Shiva and Isha. Fans Started making their theories about it and making it relevant with Amish Tripathi’s book ‘Immortals of Melua’.

In spite of that, this movie may or may not be based on the book and when you see Wikipedia the movie then it does not mention the book. So, It may be the theory of fans but moreover, it is the inspiration from the book.

The film is not a direct adaptation of the book. Karan Johar made this clear in their interaction with the audience at the event of The National Daily. There will be wars and conflicts between heroes, demons, mortals, immortals, etc. Bramhastra is a story based on the Hindu god Shiva.

Amish’s book storyline dealt with the tribal chief who ascends to ‘Godhood’. In Brahmastra you will also see the tribal Shiva who travels through incident India to protect his village. You can see him chasing characters from Indian mythology.

Furthermore, Karan Johar announced the movie on 11 October 2017 via his Twitter account. He also revealed that it will be made in 3 parts.

The preparation for the movie started in 2018. Ranbir Kapoor, in an interview, said that Ayan Mukerji spent his life’s six years working hard to make the original story. It will take 10 years to make the trilogy. Ranbir is also clear that this is not a romantic superhero film.

Music of the movie

The story of the movie revolves around the ultimate weapons of gods. It’s an ancient weapon that has been broken and stored in the land of gods at multiple places in India.

The first part revolves around the discovery of fire within Shiva which leads him to the weapon Bramastra. Isha helps Shiva in his adventurous journey.

There are other characters like Shiva’s guru, an archaeologist who is restoring an ancient temple in Varanasi, few antagonists who are hunting for the same weapon.

This movie basically a fight between good and evil to become the most powerful person in the world. All the characters, in the end, meet at Varanasi where the real action begins.

For your information, Brahmastra part one was going to release on Christmas 2019 and was later postponed to summer 2020 due to the pending additional VFX work.

As you read before in the article that this movie is based on Amish Tripathi’s book. But it is not completely based on the book or maybe it is inspired by the book.

It is only a theory and it can only be cleared after watching the movie. If you are interested in reading the book ‘The Immortals of Melua‘ then click here to buy it.

In the end, I think this movie is the first of its kind and it may be touching the level of other world-level movies.

Indian cinema is growing over time and now people are not interested in love stories but love to watch the unexpected which is not possible in real life.

If this movie succeeds at the box office then it will open doors for many mythological and fictional movies in India. In India every year a lot of movies are released and most movies are commercialized.

So if Fictional movies started generating profit then there will more movies of Indian origin you can see.

Conclusion, Brahmastra Part one: Shiva may hit the big screen. Whether it is a flop or a superhit this movie is worth watching and all crew trying to give their best for the Indian audience.

After watching the trailer I can say that Bollywood is changing and making exceptionally well movies that attract global audiences. Brahmastra movie is made at another level and the movie is introducing the Astraverse. It is the story of the boy Shiva who is part of Brahmastra and a lot of people are shown with different Astras.

There are evil Astras also who are in the search of Brahmastra. Shiva has the power of fire or fire does not hurt him. Other interesting roles that are worth watching are Naga Chaitanya and Mouni Roy who looks awesome in the trailer. Brahmastra Part One: Shiva is going to release on 9 Sep 2022 in cinemas near you.

Shah Rukh Khan also appears in this movie as a cameo appearance in the role of a scientist. Shah Rukh Khan now doing a lot of cameos and next year he come up with three movies after a long break.

I watched the part one movie and the overall experience is awesome. I personally give it 4 stars out of 5. When you watch the movie then you experience the international level VFX. The storyline is good and all parts are connected with each other.

In the end credit scene, the superhero for the 2nd part is introduced which is Dev. But according to some reviewers, it is not up to the mark. Above all, whether the movie performs well or not there should be a sequel of the movie.

As per the movie, Dev is the father of Shiva, and in 3rd part, Shiva’s mother Amrita shall be the next superhero or not. 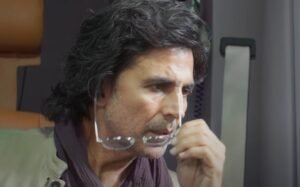