Sony Pictures’s Shaktimaan movie brings the Indian desi superhero to the wide silver screen. Shaktimaan is a tv series that is aired on Doordarshan tv for 8 years from 1997. In this series Mukesh Khanna is in main lead as Gangadhar Ulf Shaktimaan.

Shaktimaan movie is announced on 10 Feb 2022 and it is in production. The cast of the movie and other things are yet fixed. Mukesh Khanna will be attached to the movie but he does not clear about who will play the role of Shaktimaan.

The powers and essence of Shaktimaan will remain the same but few things change as per the current time. The film will be made by considering today’s world in mind but the original effect of the character is maintained.

It is also in the news that it will be a trilogy means there will be three parts of the movie. Shaktimaan movie will be released at a global level and with this, it provides a great value to the Indian Cinema abroad.

The Shaktimaan is very popular among the Indian audiences and Mukesh Khanna is working for a very long time to bring a Shaktimaan movie. Now the right time came and it will be on a very large scale.

Shaktimaan is the character who fought against the darkness and when darkness prevails he has to return to save humanity.

There is no more information shared about the movie so stay tuned to the blog to know more updates.

Interview of Shaktimaan by Mukesh Khanna

Shaktimaan is the character for which Mukesh Khanna is known and the show is run from 13 Sep 1997 to 27 March 2005. ‘Shaktimaan’ show does not have any end and it is off aired without completing the story. Now it can be completed in the movie.

Pandit Gangadhar Vidyadhar Mayadhar Omkarnath Shastri is the role played by Mukesh Khanna who is actually Shaktimaan and also the Photographer at the newspaper Aaj Ki Awaz.

There is an animated series which is released in 2011 and a television film Hamara Hero Shaktimaan in 2013.

Shaktimaan show has a total of 450 episodes and you can watch its episodes on Voot and Amazon Prime. 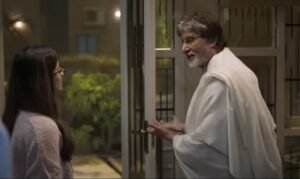 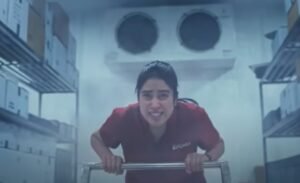