Parul Gulati is an Indian actress who worked in many Punjabi movies, web series and Tv shows. She started her career with the tv show Yeh Pyaar Na Hoga Kam.

She last appeared in the web series Hostel Girls 3.0 which is released on 25 Nov 2022. Parul Gulati is a successful entrepreneur as well, she is the owner and founder of the brand Nish Hair.

Parul’s career started when a car advertisement company approached her for an advertisement. She took a one-year break in her career to complete her acting course at RADA in 2013.

Parul was born on 6 August 1991 on the day of Tuesday in Rohtak, Haryana. She has interest in acting since her childhood. After her basic studies, she went to London, England for further studies in acting at RADA (Royal Academy of Dramatic Arts).

Her brother’s name is Pavail Gulati and there is no more information about her family, parents, and lifestyle. There are rumors of Parul’s marriage in 2019 as she shared a short video on social media. But actually, it is a prank, later it is cleared by the actress herself. The video is from the shooting set where she shot the marriage scene.

After that, she appeared in the Punjabi movies Burraah (2013), Romeo Ranjha (2014), Zorawar (2016), and one Telegu movie Nee Jathalekha (2016). In the movie Zorawar, she appeared opposite Yo Yo Honey Singh and this movie did well at the box office. More information regarding his movies, tv shows, and web series is given below.

Apart from her movies and shows, Parul appeared in a short story named Second Hand on Zee5 in 2020. She also appeared in a crime patrol episode in 2017.

Parul Gulati currently has 1.3 million followers on Instagram. She always shares her beautiful pics, reels, and onset funs on Insta. She is a very gorgeous, bold, and naughty girl as you can see she does a lot of fun on the sets.

In the below shared Instagram video, you can see Ahsaas Chaana & Parul Gulati having fun together.

Parul is the founder and owner of the brand Nish Hair which is a hair extensions brand. It is founded in 2017 for women who deserve to look beautiful and confident. 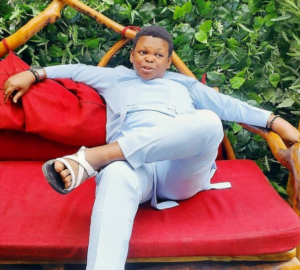