Pathaan movie is the comeback movie of Shah Rukh Khan after Zero which was released in 2018. Siddharth Anand is the writer and director of the movie. Pathaan movie will release on 25 January 2023 in the cinemas near you.

It will be released in the Hindi and Tamil and Telegu languages in dubbed versions.

The movie is already a big hit before its release as King Khan is making his comeback through the movie. You can see Deepika and John along with Shah Rukh Khan in lead roles.

Salmaan Khan and Hrithik Roshan also can be seen in cameos as they reprise the roles of Avinash from Tiger movie and Kabir from War movie respectively.

The movie is distributed all over by Yash Raj Films.

As per the reports, the budget for the Pathaan movie is around 250 crores. It is not the official budget but the estimated budget of the movie.

As per Google, It is the story of an undercover cop and others who will take down a drug lord who killed his own father. The movie is full of action-packed and another important thing about the movie SRK is the music. You will see and listen to the best romantic songs of the year.

According to the trailer, there is a terrorist group named Outfit X, which will be going to attract India. Now the exile period of Pathaan is over and he is going to save India from attack.

John Abraham is playing the role of the villain and Deepika can be seen helping Shah Rukh. There can be more twists in the movie as the trailer is the overview of the story.

The Pathaan movie is action-packed and the VFX is next level for a Bollywood movie. The movie is a visual treat for the audience as it will bring the international level film experience.

As per the trailer, there is a private terrorist group Outfit X, that works on a contract. The group is planning a massive attack on India. 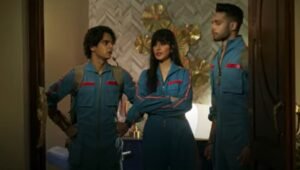 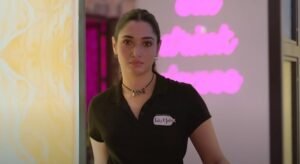