Amendments of the Indian constitution are the topic for today and here I will tell you about the amendments in 2019 and 2020.

Firstly, I think in recent years our Government made so many amendments to the acts. As you can see in the below posts approximately all recent amendments of the Indian constitution in 2019 and 2020.

Major Amendments in the year 2019:

This is to say, Lok Sabha by the Minister of Law and Justice Mr. Ravi Shankar Prasad introduced this bill, on December 9, 2019.

Secondly, the Bill amends provisions related to the reservation of seats for Scheduled Castes (SCs) and Scheduled Tribes (STs).

Furthermore, the Constitution provides for reservation of seats for SCs and STs and representation of the Anglo-Indian community by nomination, in Lok Sabha and Legislative Assemblies of states.

This has been provided for a period of 70 years since the enactment of the Constitution and will expire on January 25, 2020.

But now, Bill seeks to extend the reservation for SCs and STs by another 10 years till January 25, 2030.

However, It seeks to decrease the number of licensed firearms allowed per person and increase penalties for certain offenses.  It also introduces new categories of offenses.

Furthermore, the Bill amends the punishment in relation to several offenses.

The Act specifies the punishment for:

(i) dealing in unlicensed firearms, including their manufacture, procurement, sale, transfer, conversion,

(ii) the shortening or conversion of a firearm without a license, and

(iii) import or export of banned firearms.  Punishment for these offenses is between three years and seven years, along with a fine.

The Bill increases the punishment to between seven years and life imprisonment, along with a fine.

However, The Bill amends this provision to state that the SPG will provide security to the Prime Minister, and members of his immediate family residing with him at his official residence.

But, It will also provide security to any former Prime Minister, and his immediate family members residing with him at the residence allotted to him.

This security will be provided for five years from the date on which he ceases to hold the office of Prime Minister.

Minister of Law and Justice, Mr. Ravi Shankar Prasad has introduced this bill in Lok Sabha on August 5, 2019. The Bill amends the Supreme Court (Number of Judges) Act, 1956.

The Act fixes the maximum number of judges in the Supreme Court at 30 judges (excluding the Chief Justice of India). The Bill increases this number from 30 to 33.

The Jammu and Kashmir Re-organisation Bill, 2019:

This is to say, President, administrates the Lieutenant governor or the administrator of the Union Territory of Jammu and Kashmir.

However, The total number of seats in the Assembly will be 107. of these, 24 seats will remain vacant on account of certain areas of Jammu and Kashmir being under the occupation of Pakistan.

This Act specifies various names which may be used to refer to a chit fund and these include chit, chit fund, and Kuri.

For example, Bill additionally inserts ‘fraternity fund’ and ‘rotating savings and credit institution’ into this list.

Under the Act, certain classes of public companies are required to issue shares in dematerialized form only. Bill states this may be prescribed for other classes of unlisted companies as well.

Furthermore, The National Financial Reporting Authority debars a member or firm from practicing as a Chartered Accountant for a period between six months to 10 years, for proven misconduct.

Bill amends the punishment to provide for debarment from appointment as an auditor or internal auditor of a company, or performing a company’s valuation, for a period between six months to 10 years.

Under the Act, a regional director can compound (settle) offenses with a penalty of up to five lakh rupees.  The Bill increases this ceiling to Rs 25 lakh.

Under the Act, the central government or certain shareholders can apply to the NCLT for relief against mismanagement of the affairs of the company.

However, The Bill states that in such a complaint. The government may also make a case against an officer of the company on the ground. Mentioning that he is not fit to hold office in the company, for reasons such as fraud or negligence.

In conclusion, If the NCLT passes an order against the officer. He will not be eligible to hold office in any company for five years.

The Right to Information (Amendment) Bill, 2019:

This amendment was introduced in Lok Sabha by the Minister of State for Personnel, Public Grievances and Pensions, Mr. Jitendra Singh, on July 19, 2019. It seeks to amend the Right to Information Act, 2005.  Key features of the Bill include:

But the Bill removes this provision and states that the central government will notify the term of office for the CIC and the ICs.

Similarly, the salary of the CIC and ICs (at the state level) will be equivalent to the salary paid to the Election Commissioners and the Chief Secretary to the state government, respectively.

As a result, The Bill seeks to amend these provisions to state that the salaries, allowances, and other terms and conditions of service of the central and state CICs and ICs will be determined by the central government, not according to the salaries and allowances of CEC and ECs.

A transgender person may make an application to the District Magistrate for a certificate of identity, indicating the gender as ‘transgender’.

A revised certificate may be obtained only if the individual undergoes surgery to change their gender either as a male or a female.

The central government will develop a scheme for cashless treatment of road accident victims during golden hour. The Bill defines the golden hour as the time period of up to one hour following a traumatic injury. During which the likelihood of preventing death through prompt medical care is the highest.

The central government may also make a scheme for providing interim relief to claimants seeking compensation under third party insurance.

Bill increases the minimum compensation for hit and runs cases as follows:

The Bill requires the central government to constitute a Motor Vehicle Accident Fund, to provide compulsory insurance cover to all road users in India.

It defines a good Samaritan as a person who renders emergency medical or non-medical assistance to a victim at the scene of an accident.

Furthermore, The Bill provides for a National Road Safety Board, to be created by the central government through a notification. It increases penalties for several offenses under the Act.

For example, the maximum penalty for driving under the influence of alcohol or drugs has been increased from Rs 2,000 to Rs 10,000.

If a vehicle manufacturer fails to comply with motor vehicle standards, the penalty will be a fine of up to Rs 100 crore, imprisonment of up to one year, or both.

Consequently, If a contractor fails to comply with road design standards. The penalty will be a fine of up to one lakh rupees.  The central government may increase fines mentioned under the Act every year by up to 10%.

(i) commits or participates in acts of terrorism,

(iv) is otherwise involved in terrorism.

The Bill additionally empowers the government to designate individuals as terrorists on the same grounds. Investigation of cases may be conducted by officers of the rank of Deputy Superintendent or Assistant Commissioner of Police or above.

It additionally empowers the officers of the NIA, of the rank of Inspector or above, to investigate cases.

Firstly, The central government will set up a (CCPA) to promote, protect and enforce the rights of consumers. In some cases, CCPA may impose a penalty on a manufacturer or an endorser of up to Rs 10 lakh. It may imprisonment for up to two years for a false or misleading advertisement.

In case of a subsequent offense, the fine may extend to Rs 50 lakh and imprisonment of up to five years. Consumer Disputes Redressal Commissions (CDRCs) will be set up at the district, state, and national levels. A consumer can file a complaint with CDRCs in relation to:

(i) unfair or restrictive trade practices;

(iii) overcharging or deceptive charging; and

(iv) the offering of goods or services for sale which may be hazardous to life and safety.  Appeals from the State CDRC will be heard by the National CDRC.  The final appeal will lie before the Supreme Court.

The Act states that the chairperson and members of the NHRC and SHRC will hold office for five years or till the age of seventy years, whichever is earlier.

This Bill reduces the term of office to three years or till the age of seventy years, whichever is earlier. The reappointment for members and chairperson for five years is also removed with that.

The Act provides for the erection of a National Memorial in memory of those killed or wounded on April 13, 1919, in Jallianwala Bagh, Amritsar.

In addition, it creates a Trust to manage the National Memorial. Further, it clarifies that when there is no Leader of Opposition in Lok Sabha, then the leader of the single largest opposition party will be the Trustee.

The Bill allows the central government to terminate the term of a nominated trustee before the expiry of the period of his term without assigning any reason.

It amends the Special Economic Zones Act, 2005, and replaces an Ordinance that was promulgated on March 2, 2019.

The Act provides for the establishment, development, and management of Special Economic Zones for the promotion of exports.

However, Under this Act, the definition of a person includes an individual, a Hindu undivided family, a company, a cooperative society, a firm, or an association of persons.

The Bill adds two more categories to this definition by including a trust, or any other entity which may be notified by the central government.

The Bill seeks to amend Article 15 to additionally permit the government to provide for the advancement of “economically weaker sections”.

Major Amendments in the year 2020:

The Bill declares Kashmiri, Dogri, Urdu, Hindi, and English as the official languages.

Under the Bill, an ‘act of violence’ includes any of the following acts committed against a healthcare service personnel:

(iii) obstruction in the discharge of duties, and

(iv) loss or damage to the property or documents of the healthcare service personnel.

(iv) any other property in which a healthcare service personnel has a direct interest, in relation to the epidemic.

That’s why, Contravention of this provision is punishable with imprisonment between three months and five years, and a fine between Rs 50,000 and two lakh rupees.

Further, if an act of violence against a healthcare service personnel causes grievous harm, the person committing the offense will be punishable with imprisonment between six months and seven years, and a fine between one lakh rupees and five lakh rupees.

These offenses will be cognizable and non-bailable. The investigation must be completed within 30 days from the date of registration of the First Information Report.

Note that where a specific penalty is not mentioned, the Act prescribes a penalty of up to Rs 10,000. Which may extend to Rs 1,000 per day for a continuing default.  Second, it removes imprisonment for certain offenses.

Above all, the information provided is supplementary but if any mistake is subject to re-edit this post. 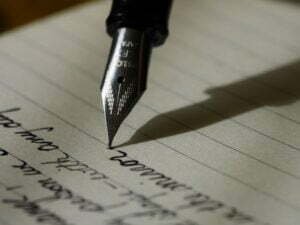 What is the floor test in Indian Constitution?