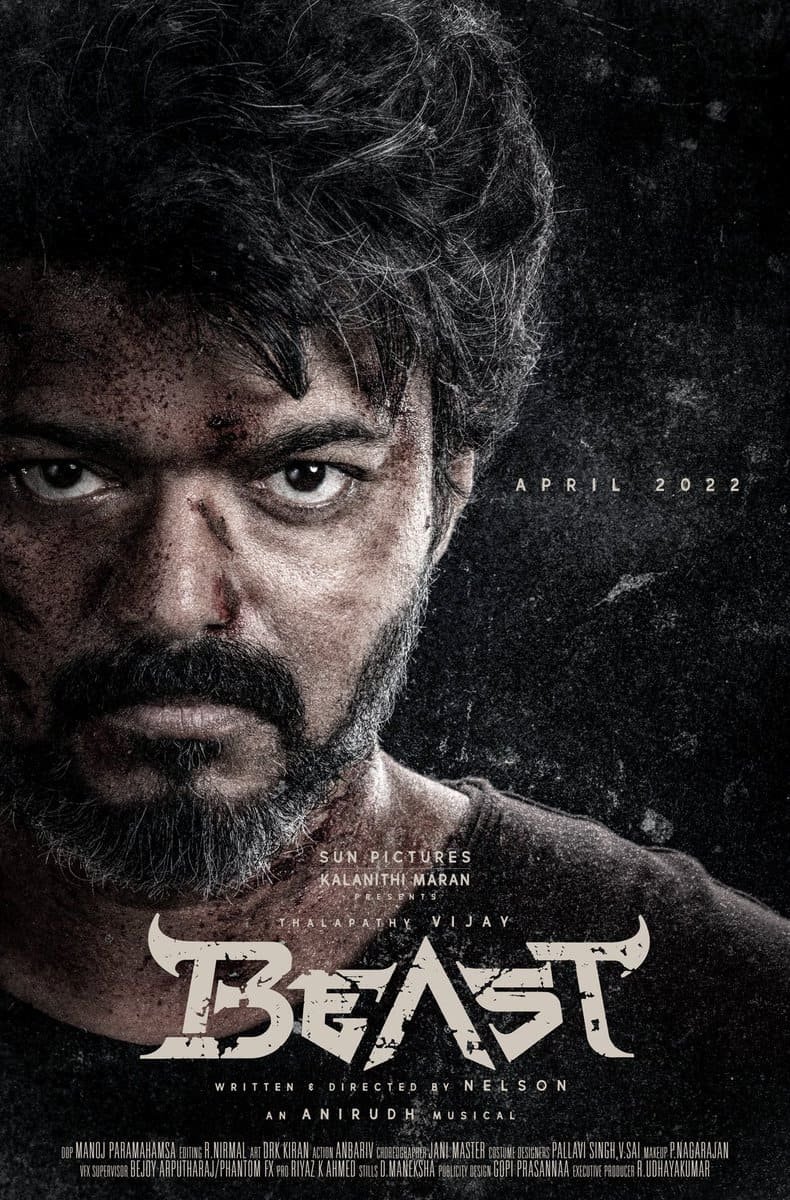 Beast movie is Thalapathy Vijay’s next installment after the Master that is released on 13 January 2021 after the covid pandemic was a huge hit on-screen.

What I liked most about the movie is its music, especially the song ‘Halmithi Habibio’ that blows my mind and its tune is ringing in my mind. Halmithi Habibio meaning in English is my dream girl.

Beast movie is written and directed by Nelson Dilipkumar.

The plot of Beast Movie

The plot of the movie is set up in a mall. The mall is hijacked in Chennai and accidentally one spy there in the mall. Vijay is shown as a deadly spy and he can see as cruel to the hijackers. There is also a scene of a flying jet in the movie. Vijay is at his best and are you scared after watching the trailer if not then this movie is for you.

The background music is awesome in the trailer or movie. The lyrics ‘meaner leaner stronger, can you feel the power terror fire’ are awesome, and the title showcase with bullets leaves the effect in mind that this movie is going to be hit the screen.

In the end, I only want to say that Bollywood is just the remake wood but South is on another level of filmmaking. I think they have a sense that what is audience wants and how to represent a movie in a good way. We can say that South movies are at the level of Hollywood and there is not only one industry but many like Kannada, Tamil, Telugu, and Malayalam. When is the Radhe Shyam movie going to release in theatres or cinemas?