Gorr the God Butcher is the villain in the Thor Love and Thunder movie. Christian Bale plays the role of the Gorr. Thor love and thunder villain is the main part of the movie because we all know the strength of Thor and It is interesting to see the power of villains in the movie.

Gorr was born on the unnamed planet where he was taught to trust in Gods. His parents died at an early age leaving him starving in the harsh environment.

Later he married and have some children but his wife died due to the earthquake and his child died due to starvation.

Gorr loses all his belief in the Gods, while he is wandering in the desert praying to die, he witnessed the fight between two gods. One is darkened one and the other is a golden one.

The Golden God wants Gorr’s help but Darken one’s sword transformed into dark energy and bond to Gorr. Gorr killed the Golden God and start killing all gods during that he encountered Thor and further you see in the movie.

He is born in Pembrokeshire, the UK on January 30, 1974. He is known for his movies American Hustle, The Fighter, Batman Begins, and The Dark Knight.

Thor Love and Thunder going to be released on July 8, 2022. Taika Waititi is the director of the movie and also directed Thor: Ragnorok.

Taika Waititi’s real name is Taika David Cohen ONZM. He is a filmmaker, actor, and comedian from New Zealand. You can see him in the movie Free Guy as Antwan.

Credits of the movie

There is a lot more crew which can be very lengthy to mention so a few of them I credit above.

Does Thor get fit again?

Thor was changed a lot in his previous Thor movies and in Avengers. When you last saw Thor in Endgame he was a fatty person. Now in the Love and Thunder movie Thor is changed a lot and has a different physique. He will never be the same God as before.

Is Gorr the God Butcher a symbiote?

Yes, Gorr bonded with all black the first symbiote and most ancient evil. It originated from an ancient weapon from evil Knull. With the help of Symbiote Gorr can make weapons around his body but it is limited within the capacity of thought. The most powerful weapon of Gorr is Necrosward. 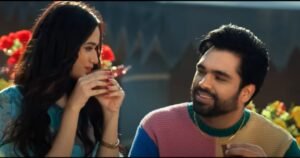