Top 10 Punjabi movies download is the list of the 10 movies that are released in 2021. You can download and watch this on your phone, Led and laptop. There are various OTT platforms where you can watch all the Punjabi movies like Prime video and Chaupal.

Qismat 2 is the story of the Shivjit and Bani. Majaz Kaur and Kabil Singh are also important characters in the movie. Jagdeep Sidhu directed this movie. It is the sequel to the movie Qismat released in 2018.

Qismat 2 movie released in theatres on 24 September 2021. It grossed 27 crore rs in the worldwide collection with 154 minutes of running time.

Honsla Rakh is a Punjabi movie starring Diljit Dosanjh, Sonam Bajwa, and Shenaz Gill. It is the story of Yankee Singh, Jasmine, Sweety, and Honsla Singh.

It is amongst the highest-grossing Punjabi films with a collection of 54 crore rs worldwide with a running time of 145 minutes released on 15 October 2021.

Honasla Rakh movie is available on Amazon Prime Video and if you have the subscription go and watch it now.

Note: Diljit Dosanjh is a married man many of you do not know that because he keeps his personal life private.

Yaar Anmulle returns is the story of the three friends and their misunderstandings in life. It is the third part in the series with Yaar Anmule as the first part and Yaar Anmule 2 as the second part.

Yaar Anmule Returns is the story of three friends starring Harish Verma, Yuvraj Hans, and Prabh gill. In spite of being the third in the franchise, this movie does not perform well. This may be due to the reason that this movie is late in releasing due to the covid issue in 2020.

The movie is worth watching in spite of its low collection and it is made under the direction of Harry Bhati. This movie is not on any OTT yet but you can watch and download it on Movierulz.

Chal Mera Putt is the first movie series with the collaboration of Indian Punjabi and Pakistani Punjabi artists. It was released on 1 October 2021 in the theatres near you.

Chal Mera Putt 3 movie gross collection is 35.84 crore rs with a running time of 124 minutes. This is the first movie in Punjabi Cinema that continues the story from the first. There is a lot of Punjabi movie with series but Chal Mera Putt has a one-story along with all three parts.

You can see the artists in the movie Amrinder Gill, Simi Chahal, Hardeep Gill, Gurshabad Singh, etc. from India, and Nasir Chinyoti, Akram Udas, Iftikhar Thakur, etc. are from Pakistan. Chal Mera Putt series is the story of the Jinder and Savy also the story of the survival of Indians and Pakistanis in England.

Yes I am Student

It is the story of international students specially Punjabi in Canada. In the movie, Sidhu Moosewala aka Jass Singh Ulf Jassa goes to Canada by taking a loan, Where is doing jobs along with studying to pay his fees and fulfill his dreams.

‘Yes I am Student’ is the movie Starring Mandy Takkar and Sidhu Moosewala in the lead roles. The movie made a gross collection of 30 crore rs under the direction of Tarnvir Singh Jagpal.

It is released on 22 October 2021 with a running time of 111 minutes. If you do not watch the movie till now then click on the link to watch and download it.

It is the story of the farmer’s son becoming an athletic cyclist. But his life turns upside down and he struggles to fulfill his dream.

Hardeep Grewal is in the lead role and also the producer of the movie. He is a singer, lyricist, and composer by profession. Garry khatro is the director of the movie and brings life to the cinematography of the movie.

This movie is not collected much money but the story of the movie is inspiring which is written by J Davin. It was released on 5 August 2021 with a running time of 150 minutes.

You can download the movie from Filmywap but it is not available on OTT.

Galwakdi is a Punjabi comedy, drama, and romance movie starring Tarsem Jassar and Wamiqa Gabbi made under the direction of Sharan Art. This movie is full of comedy and romance written by Randeep Chahal.

Manpreet Johan produced the movie, he is a well-known producer in the Punjabi film industry. He is the co-founder of Vehli Janta Films and Vehli Janta Records. His first effort as a film producer is Rabb Da Radio which was a success.

Galwakdi movie release date changed from 31st December 2021 to 08 April 2022 with a running time of 130 minutes. If you want to watch the movie you have to wait because it is not available in Hd print. Many sites provide movies to download like afilmywap, filmyzilla, filmymeet, etc. but these sites can be risky for Galwakdi movie download.

After the release of movies in the theatre, many OTT platforms purchase their rights to show on the digital platforms so you can wait until it is available on OTT.

Puaada movie is the love story of the Jaggi and Raunak and all story of the movie is moved around the marriage of Both. The movie was made under the direction of Rupinder Chahal and is available on Zee 5. If you want to watch then go and took the Zee 5 subscription.

It is the Sonam and Ammy starter movie which grossed 18 crore rs. Pousada movie was released on 12 August 2021 with a running time of 130 minutes.

Its second part will be on screen soon and in the second part, you will see Gippy as Geja in the movie. Dheeraj Kumar and Prince Kawaljit Singh played the role so well that the Punjabi audience loved the characters.

This movie is not available in HD Print now wait for the movie to be available digitally.

Teeja Punjab was a movie made around the Farmers’ Protest in Delhi. This movie is released on 3 December 2021 with a running time of 139 minutes. 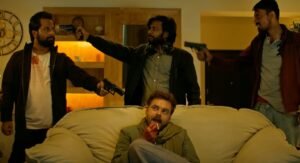 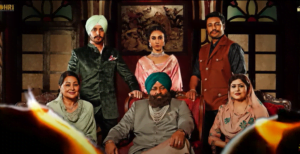