Hey, I think you come here by seeing the title of the article ‘why Avatar 2 is taking so long to release?’. It is late because the team is creating something big and unique. There are 4 movies that are announced to release in the coming years.

So, As you see the Avatar movie broke records in making money and is the highest growing non-sequel film ever. James Cameron gave too many masterpieces including Avatar, Alita the battle angle, Titanic, Terminator, etc.

I know that Endgame surpasses this movie but there are 22 movies that created hype for Avengers Endgame.

So Avatar movie is best in the aspect of the worldwide grossed movie without a sequel.

If you did not watch the Avatar movie then see the trailer first.

James Cameron said after completing the shooting of Avatar 2 that it can flop on the big screen.

Because it took too long to make the movie. Rumors also said that he is shooting three movies at a time and the story is ready for the next four parts.

After the year of Avatar release James Cameron announced that two sequels to Avatar were released in 2014 and 2015 consecutively.

But later the producer of the film, Jon Landau, postponed the release date of the movie due to production concerns.

While James Cameron Purchased land in New Zealand to shoot for the sequels Avatar.

The New Zealand government proudly announced that the shooting of 3 Avatar movies is going on in their country.

James Cameron makes perfect movies and he is now shooting three Avatar movies at a time that’s why it takes time.

Whether considering all of the facts, Avatar sequels will create an impact on the audience.

If we will not take the earnings of the movie into consideration overall it is a worth watching movie.

For more information go to the AVATAR official website.

James Cameron Originally want to release the movie in 1999.

But at that time VFX or CGI is not developed at that level to create the film and it took 400 million USD to make the film.

No studio is ready to invest in the film.

But when he saw the Gollum in The Lord of Rings: The Two towers.

He understands that CGI is developed at the level that a movie can be made.

Before the Avatar, World’s highest growing film is Titanic, and both the made under the direction of James Cameron. James Cameron wanted an unknown actor to play the role of Jake Sully.

Because he wants to give real quality who ultimately becomes the leader who transforms the world.

James Cameron was inspired by the Disney movie Pocahontas and got the idea for Avatar.

It is the first movie that was digitally shot and got the Oscar for best cinematography.

All scenes with Zoe Saldana were done fully physically, facially, and vocally at the same time.

Ey’wa, The Goddess of the Na’vi people, is the mixed pronunciation of “Yahweh, God of Hebrews”.

The common spirit of Pandora with the help of which all creatures are connected to each other and the planet.

This concept is based on Gaia, described in Issac Asimov’s ‘The Foundation’s edge’ Published in 1982.

This is the difference that makes them apart.

After re-releasing in China, Avatar becomes the highest growing film once again.

In the end, do not forget to read our movies section. 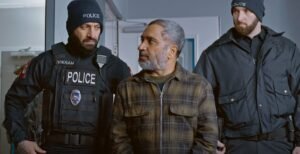 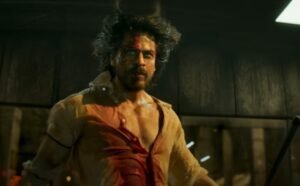