Ashneer Grover is known for his work as the managing director of BharatPe and the show Shark Tank India. He is the most serious Shark on the show and found any business value early in comparison to other sharks.

Ashneer is born on 14 June 1982, in Delhi on Monday. He did his schooling in Delhi and after that, she did B.Tect in civil engineering from IIT, Delhi. He is selected as one of the six exchange students for the university of INSA-Lyon, France, and awarded €6000 by France Embassy.

After that, he goes for MBA In Finance from IIM, Ahmedabad.

Madhuri Jain Grover is the wife of Ashneer Grover. She has one son and one daughter with Ashneer Grover as Avy and Mannat respectively. She is a fitness freak and can be often seen in the gym. She is from Panipat, Haryana, and was born on 30 May 1981. Ashneer and Madhuri married on 4 July 2006.

Ashneer was the vice president of Kotak Financing bank from 2006 to 2013. After that, he was the director of the cooperative development of American Express.

He is the CFO of Groffers which is Blinkit now from March 2015 to August 2017. After that, he served for short time as Head of New Business of PC Jeweller till October 2018.

In 2018, he became the founding member and managing director of BharatPe. To read more about BharatPe you can move to the below section. More than that he is an angel investor for many firms.

According to the report of scmp.com, his net worth of Ashneer is US$90 million. It changes with time and is volatile, so we can say that it is around 90 million dollars. But some of them tell it is more than a billion dollars, so it is only confirmed after the Ashneer Grover’s approval.

Ashneer is the most controversial shark on Shark Tank India. His dialogue on the show ‘Yeh Sab Doglapan Hai’ is famous and recently most used in memes.

He is a focused person and only talks about business in the show. If he did not like the idea of a pitcher then he directly gave his statement against it, even he tells the pitcher that he is wasting his time with the idea. Grover invested in approximately 24 start-ups on the Shark Tank India.

BharatPe is a Fintech firm that is founded in 2018. It provides QR codes to small merchants to accept payments without any additional cost. Ashneer Grover is the founding member of BharatPe.

BharatPe also got a license from a small finance bank in partnership with Mumbai-based Centrum Financial Services.

According to Indiatimes, Ashneer Grover Founder and managing director of BharatPe took a voluntary leave until the end of March. After that, there is viral audio in which Grover threatened a Kotak bank employee and Kotak took legal action against it. While Grover tweeted about it that it is fake but later he deleted the tweet.

BharatPe investors fired Ashneer’s wife Madhuri due to the misuse of funds from the account of the fintech startup. It is controversial and we do not know their inner reasons or fights. Now Ashneer is demanding 4000 crore rs for his stake but investors and the board tell that they took legal action against it.

Ashneer has 727k followers on Instagram and often shares her pics with his wife, and children, and on travel spots. 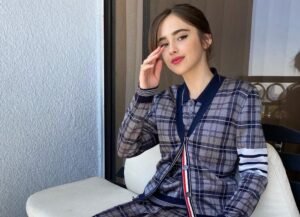 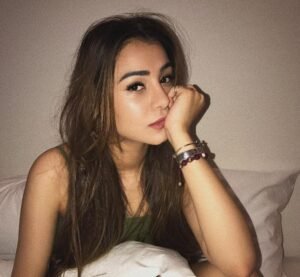